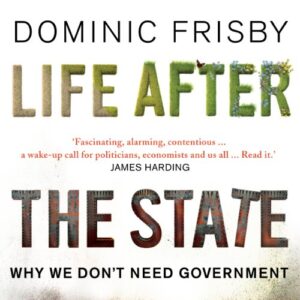 Have you ever had the nagging feeling that the problems the country faces are spiraling out of control, that the government has lost its way and that, despite its promises, nothing ever changes? Well, you’re right. In every instance where government gets involved in people’s lives with a desire to do good, it can always be relied on to make the situation much, much worse. Yet despite overwhelming evidence to the contrary, we imagine that a world without the state would be a wild and terrifying place.

With wit and devastating clarity of argument, Frisby shows in this book that human nature proves the opposite to be true. Welcome to Life After the State.

Life Is in the Transitions