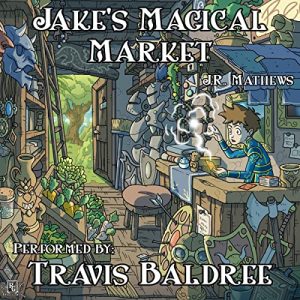 Meddling gods. A magical card system. An apocalypse no one could have predicted.

Jake is working at the neighborhood market under his apartment when the world ends. He expected nuclear war, a computer virus, or even climate change burning everyone to a crisp to bring about the downfall of civilization. But cruel and arbitrary gods from another world? Who would have guessed that?

When these cruel gods shuffled Earth like a deck of cards, nothing was in the same place anymore. Monsters, dungeons, and magical items appear scattered across the globe. And suddenly, everyone has access to a new, strange magical card system that gives them magical powers.

Jake, wasting his day slacking off in the cooler, as he usually did, found himself alone in a completely new and very dangerous world. Can he learn to survive? Can he collect enough cards and create a good enough deck to fight back against the monsters that have overtaken his former home? And why are these strange people that look a lot like elves knocking on the door of the market he is hiding in and asking to buy some of his goods?

The gods may have stacked the deck against him, but Jake just might have a few cards up his sleeve that will help him survive.

One thought on “Jake’s Magical Market”