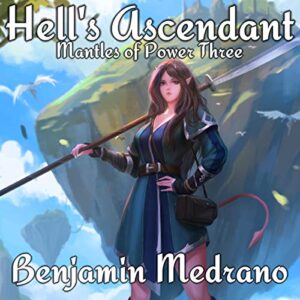 Shadows spread in the heavens, and the hells shall rise to oppose them.

Reunited at last, Isalla, Kitania, and Rose survived the machinations of Haral, despite the odds against them. Yet, even though they were victorious, the three realize the actions of their enemies indicate they’re running short on time and must go north to unveil their opposition.

Their enemies have not stood idle, however. They have begun to move more quickly. The plans they’ve set in motion are more deadly than anyone might fear, and all three worlds are in peril.

Even with the allies they’ve gained over the course of their journey, can the three defeat the forces following the mysterious Lord of Light?

Find out in the thrilling conclusion of the Mantles of Power trilogy!

One thought on “Hell’s Ascendant”