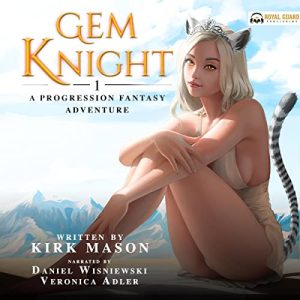 ADVENTURE TO THE TOWERS, SAVE THE PRINCESSES, GAIN NEW POWERS.

I was about to be promoted to Deputy Manager, when a strange voice—coming from a glowing gem I found in the stationery drawer—told me I was meant for more.

I was thinking the same thing.

Before my boss’ eyes, I was transported to a fantasy world of mana and monsters. When I felled the foul beasts, the gem embedded in my hand absorbed their essence—a light that made me more adept with weapons, and able to wield increasingly better ones. It even grew my body.

It turned me into the man I was supposed to be.

With a sword on my hip and an adorable apothecarist at my side, I’ll trek to the mysterious towers built by the evil witch king. We don’t know why he built them, but we think they’re the source of his power.

Power better suited in my hands.

Along the way, I’ll need to defeat his demented Black Gem Knights, and pick up the pieces of the kingdom he broke.

I’ll meet a stern-faced tribal archer, with a heavy weight upon her tattoo-covered shoulders. I’ll also meet a beautiful fluffy-eared maiden, who loves a good scratch behind them.

A Wild Knight of Flowers