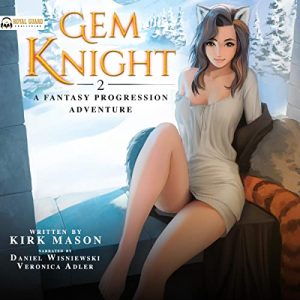 ADVENTURE TO THE TOWERS, SAVE THE PRINCESSES, GAIN NEW POWERS.

When we rescued the first fluffy-eared princess, I didn’t realize how lucky we’d been. She was a kind soul, and gentle—everything you’d imagine a sweet princess to be.

Though atop the second tower, the next stripey-tailed princess bore a rage as wild as the sun. Her body burned hot like a furnace, and if we weren’t careful, she was gonna seriously hurt someone with her powers.

But it was our job to help her return to normal—well, not our main job.

Our journey took us from cold mountains to wild seas on a pirate ship. Our quest? To save the third—and last—princess, so we could halt The Witch King in his tracks.

We may not have known why he was keeping the princesses in the towers, but we knew they were slowly transforming into the anthropomorphic images of the gods, and we had to stop it before it was too late.

We’d get stronger, get new weapons, and get to know each other better than we could’ve imagined.

We might even stand a chance at beating him.

Rise of a Pirate Lord

A Wild Knight of Flowers

Daughter of the Pirate King