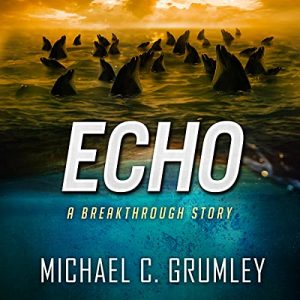 It began with a breakthrough. In interspecies communication. Leading both John Clay and Alison Shaw through a series of startling discoveries and life-altering revelations. Divulging who we really are as a species. Why we are here…and who is here with us. And the greatest lesson of all, that our brains are not as rare and unique as humans had assumed. But rather just one of three brains between three extraordinary species. All influenced by a fluke of evolution and something that should never have existed on Earth in the first place. Something we are now finally on the verge of understanding.

It will take more than just one brain to do it. More than just one species. And courage from all three. Courage in the face of those still trying to stop Clay and Alison before their stranglehold on the world is lost. But Clay and his team already know the truth. That there is no courage without fear, and no victory without sacrifice.

An Echo of Things to Come: The Licanius Trilogy, Book 2