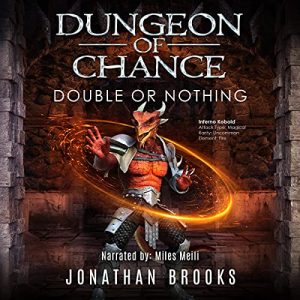 Will a drastic change in Clay’s dungeon be enough to prepare the local Heroes for the next World Threat?

Becoming a Dungeon Core was the last thing that Clayburnside Shuntwise had ever thought he would become, but unfortunately, he didn’t really have a choice. However, after Clay fully embraced his new existence, he thoroughly applied himself to train the local Hero population to defend against the gigantic monsters that threatened the entire world.

After the devastating losses that the Heroes (and Clay) suffered after the destruction of the last Threat, the Dungeon Core knew that he needed to step up his efforts. The Heroes were already working hard in their five-person groups, of course, slowly improving as they delved through his dungeon, but that wasn’t going to be quite enough if they were going to be ready for the appearance of next Threat. Therefore, Clay needed to do something that hadn’t ever been done before by a Core: Open up his dungeon for larger groups of Heroes, so that they could learn to work as a more cohesive team.

But even if he overcomes the challenges of completely overhauling the format of his dungeon, the rest of the world is quickly learning about the changes happening on the relatively isolated Sunfall Island where Clay’s dungeon now resides. Not only will Clay have to deal with a double dose of external threats to his existence, but if he doesn’t figure out how to survive and thrive, he’ll have nothing to show for all the work that he has put into making the world a safer place.

Note: This audiobook contains Dungeon Core, LitRPG, and GameLit elements including dungeon construction and defense, monster summoning, character progression, and a game-like interface. In addition, many of the probabilities the world is based upon are similar to Gacha-type mechanics. Contains no profanity, harems, or explicit sexual content.

PLEASE NOTE: When you purchase this title, the accompanying PDF will be available in your Audible Library along with the audio.