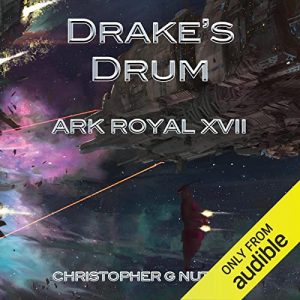 Humanity is on the ropes. Despite military victories, the sheer grinding power of the alien virus is taking its toll. The space navies are pushed to the limit, the colony worlds are fighting a desperate war against the infected, the economy is on the brink of utter collapse and Earth herself has come under attack. But there is one ray of hope. If a small force can penetrate to the heart of the alien empire and tear it apart, it might just win humanity enough time to save itself and win the war once and for all.

Captain Thomas Hammond of HMS Lion and Captain Mitch Campbell of HMS Unicorn were never friends, even before a very personal betrayal ripped them apart and turned them into enemies. But now, pitted against an overwhelming foe, they must work together to save the human race…or their ships and crews will merely be the first of many to die.

Fighting for the Crown

Captain Moxley and the Embers of the Empire