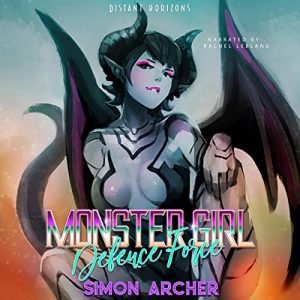 Despite Christoff and the Monster Girl Defense Force’s great victories, the war to save this new future isn’t over yet. It’s now a race around the world to distant horizons, a race to save the keys that could end…or save…the world from the vilest monster the world’s ever seen!

But when an army of giant monsters rises to threaten a new apocalypse, Christoff will need more than his own power or the MGDF. To save the world, he’ll have to unite it under one banner.