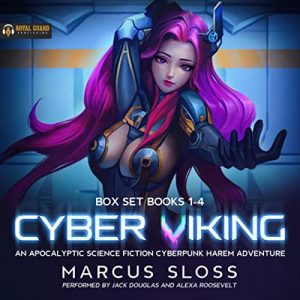 Eric Yang is 32, a combat veteran of the Saudi War, and a student at Denver University (DU). His goal was to reintegrate back into society. His service freed him from the mistakes of his past. His dedication pushed him to achieve more from life even with his disabilities. While not all scars from war are visible, Eric was given a cybernetic arm that even scientists in 2032 considered futuristic.

An isolated semester at DU is disrupted by his doctor’s dire warning. The asteroid barreling toward Earth is an alien spacecraft with hostile intent. Eric scrambles to plan, consolidate, and form his team while the rest of an oblivious society is prevented from accessing vital information.

Cyber-Warfare and the New World Order