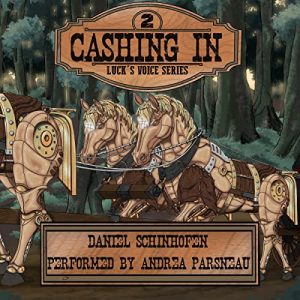 Doc Holyday never expected to be in a new world with a new name, but Lady Luck made him an offer he couldn’t refuse. Her deal came with perks; he gained the ability to heal and he could periodically avoid taking damage from any single attack. Lady Luck had assured him that the list of perks would grow over time. The offer also came with a major drawback, however – Doc had to help save the world.

While that would be a tall order for anyone, Doc was never one to back down from a challenge. Luckily, pun intended, Doc struck it rich on a mining expedition, staking a claim worth more than the whole town of Deep Gulch.

Using his new wealth, Doc hired the local clan of dwarves to work the claim. He offered them not only a better wage, but respect as well. Similarly, he was able to hire the secretary away from what had been the wealthiest man in town, and freed several of the town’s merchants from the crippling debt they’d been saddled with.

All of this has made him a target for the bigwigs who run the town. Doc isn’t worried, though, because he has friends to help him along. But will they be enough to handle Goodman and Suez? And the Church of Apoc, which is bound to notice him?

Wrapped in Love: The Boys of Jackson Harbor, Book 4

The Perks of Being a Wallflower