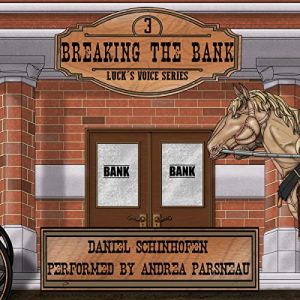 Doc was happy with his new life—he’d married Fiala and Sonya, had allies who were steadfastly beside him, and was building the name of Lady Luck. Things were moving in the right direction, and life was good.

Powerful enemies were starting to rise against him. Doc knew that Sheriff Grange and McIan, the preacher of Apoc, would be problems eventually, but the two he had to deal with first were Suez and Goodman. Suez was still a mystery to Doc, and the man had effectively split the town with Goodman. Goodman was a larger concern, being the head of the only bank in town and the mayor of Deep Gulch.

Doc’s lucky strike in the wilds helped give him leverage in town. Using the windfall from his mine, he moved to break the town free from the deep pockets that had it in a stranglehold.

When Lia, Ayla, Sophia, and his wives left town to work on their outdoor knowledge and shooting, Doc was left to mind the Lily and keep healing the wounded. He thought things would be fine, until Spot, one of the deputies, came stumbling in mortally wounded.

Pushing himself more than he should, Doc poured his energy, vitality, and his life into saving Spot. Darkness closed in around him as he used almost everything he had, to bring the deputy back from death’s door.

After escaping death by the barest of margins himself, Doc had no idea what was coming for him next, but he had faith that his goddess would help see him through it.

One Million in the Bank