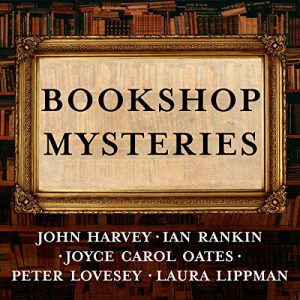 The Travelling Companion by Ian Rankin: A young Scotsman in Paris is drawn into a shocking mystery that resides within the pages of an unpublished manuscript allegedly penned by Robert Louis Stevenson.

Mystery, Inc. by Joyce Carol Oates: When an obsessive collector of bookstores discovers a charming new shop, he decides he must have it at any cost – even if he has to commit murder.

Remaindered by Peter Lovesey: For some nefarious reason, the widow and former associates of a slain gangster are determined to keep the Precious Finds Bookstore open following the unfortunate demise of the shop’s owner.

The Book Thing by Laura Lippman: Private investigator Tess Monaghan must help the irascible proprietor of a Baltimore children’s bookstore keep her business afloat by unmasking an elusive and utterly ingenious book thief.

The Best Mystery Stories of the Year: 2021