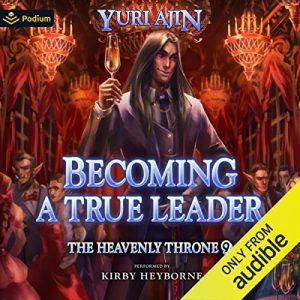 Prove your strength and cultivators from all corners of the Ecumene will follow you to learn the ways of true mastery.

The Trial Worlds do not forgive mistakes, and Kai will learn this through firsthand experience. He escaped death, but he lost a part of himself along the way. To get it back, he will have to overcome pain and suffering. But he knows it will be worth it.

He is no longer a pawn in the world of cultivation. So far, he has been but one of the many participants in the unfolding events, but now it is time for him to become the ringleader. The only question is: will he be able to endure these ordeals or will he become another lost name, erased from the annals of history, gone without leaving his mark in this cruel world?

His will alone is not enough anymore. Just like in the rest of the Ecumene, strength and skill rule in the Trial Worlds, too.

More precisely, the laws of cultivation!

The Path of the Strongest Mortal

A Staff of True Magic