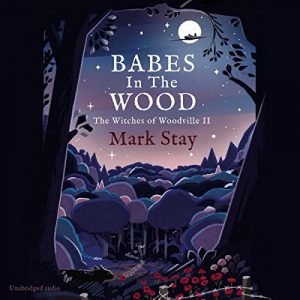 The Witches of Woodville, Part 2

In a quiet village in rural Kent, a magical mystery leads to murder….

Woodville has returned to ‘normal’ after the departure of the Crow Folk. The villagers put out fires from aircraft shot down in the Battle of Britain, and Faye Bright discovers that magic can be just as dangerous as any weapon.

The arrival of a trio of Jewish children fleeing the Nazis brings the fight for Europe to the village. When their guardian is found dead, Faye must play nanny to the terrified children while gathering clues to uncover a dark magic that threatens to change the course of the war. And she must do it quickly—the children have seen too much, and someone wants them silenced for good.

For fans of Lev Grossman and Terry Pratchett comes the second novel in this delightful trilogy of war, mystery and a little bit of magic….

Don’t miss the other magical books in the Witches of Woodville series!