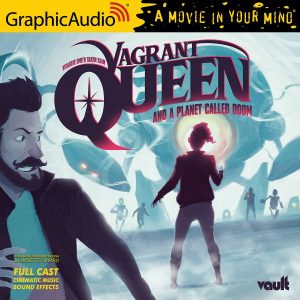 GraphicAudio and Vault Comics are proud to present VAGRANT QUEEN! Adapted directly from the graphic novel and produced with a full cast of actors, immersive sound effects and cinematic music.

Get ready―Vagrant Queen is BACK! Elida Al-feyr has finally managed to build a happy life… until a mysterious man in an ancient white ship shows up and takes it all away. And hey, where the hell is Isaac?

The Bezoar of Kings